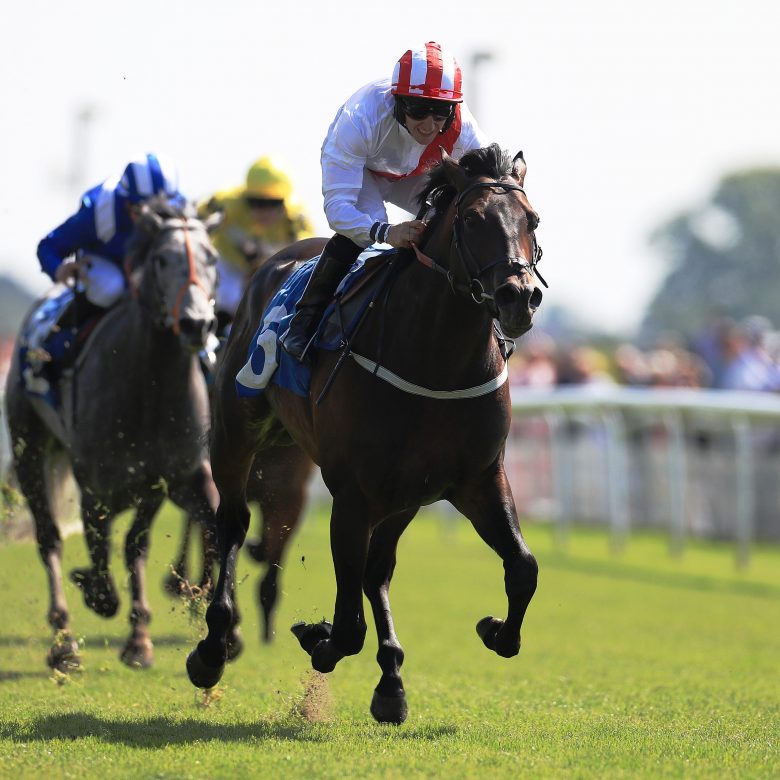 Invincible Army continued his progress as a four year-old when easily defeating his nine rivals in the Group 2 Duke Of York Stakes at York.

Connections were made slightly nervous by the drying ground beforehand but knew he was in good form as he had injured his regular rider, Chris Carter, twice in the build-up – once nearly biting his finger off and also biting him under the eye as recently as the day before the race!

P J McDonald settled the son of Invincible Spirit in midfield early but from halfway it became apparent how easily he was travelling and he soon quickened away from his rivals when given the orders to win by a comfortable 2 1/2 lengths at the line.

His sights will now be raised to Group 1 level with the Diamond Jubilee at Royal Ascot, the Haydock Park Sprint and the Champions Sprint at Ascot his most likely targets.  Exciting times ahead…