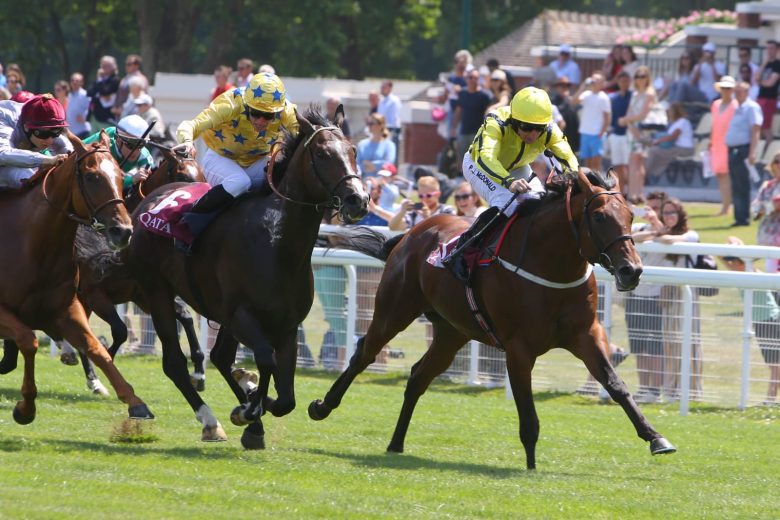 Far Above continued his rise up through the sprinting ranks with success in the Listed Prix Kistena at Deauville over six furlongs.

The son of Farhh was always travelling much the best during the contest under P J McDonald and despite racing a little keenly, he had enough to fend off the challenge of the Andre Fabre-trained favourite Duhail.

« Invincible Army bounces back in Group 3 Chipchase!
Sameem makes all in the Glasgow Stakes! »