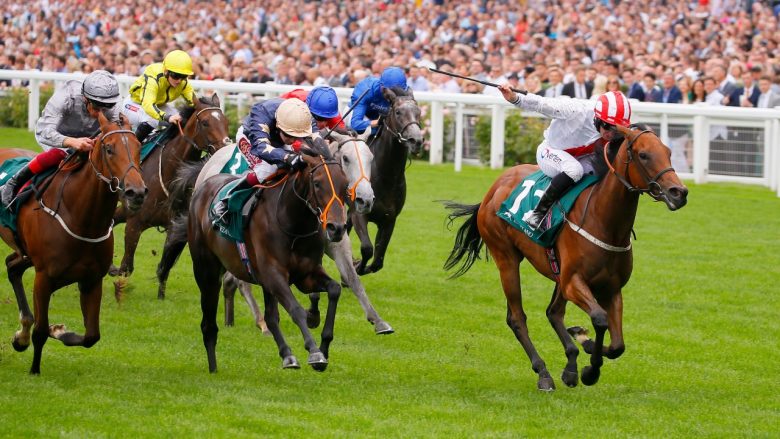 Under The Stars maintains unbeaten record in Group 3 Princess Margaret!

Under The Stars sprang something of a surprise when maintaining her unbeaten record in the Group 3 Princess Margaret Stakes at Ascot.

The daughter of Night Of Thunder came from last to first under P J McDonald and in doing so became the first Group winner for new, up and coming stallion Night Of Thunder who famously won the 2000 Guineas in Saeed Manana’s colours.

Having previously only contested a Novice race at Ripon, which she won easily, Under The Stars was overlooked by many in the market but she came through from off the pace to win quite easily.

« Sameem makes all in the Glasgow Stakes!
Under The Stars lands valuable Sales Race! »