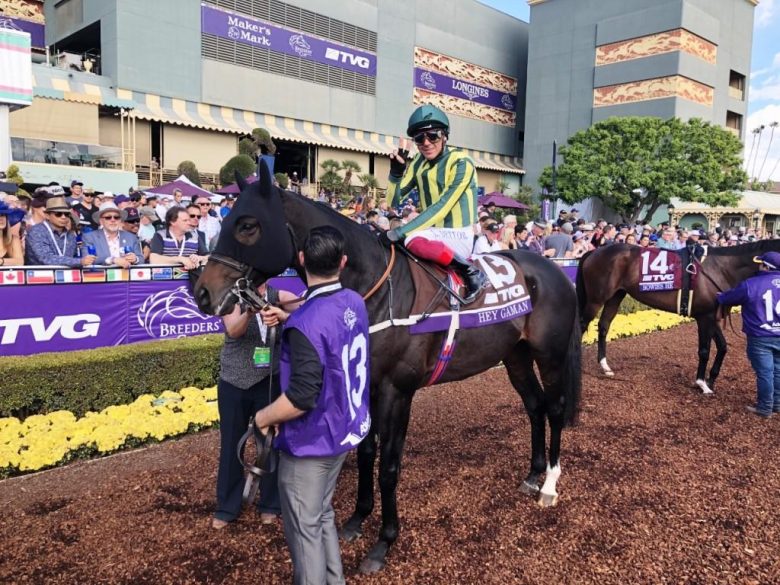 Dream Shot and Hey Gaman became the stable’s first trans-Atlantic runners when making the journey to Santa Anita in California for the 2019 Breeders’ Cup.

Dream Shot was an outsider for the Breeders’ Cup Turf Juvenile Sprint but he ran with credit over the sharp five furlongs under Chris Hayes.  He was still holding a chance of a place up until the last 50 yards before dropping back to 7th, which was still second of the six European challengers.  This 12,000 guineas yearling has progressed all year and is very much a sprinter to look forward to back in Europe next year. 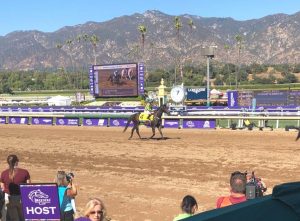 Hey Gaman also had a huge task in the Breeders’ Cup Turf Mile, particularly when drawn on the outside in gate 13.  Ridden to the front early by Frankie Dettori, everything went well to the first bend but when El Tormenta forced the fractions down the back stretch, the writing was on the wall in the straight.  Hey Gaman battled on well to finish a gallant 7th, which was second of the five European challengers.

The experience was fantastic and will not be lost on the stable who will be back to America in the future, eager to improve on our first attempt!