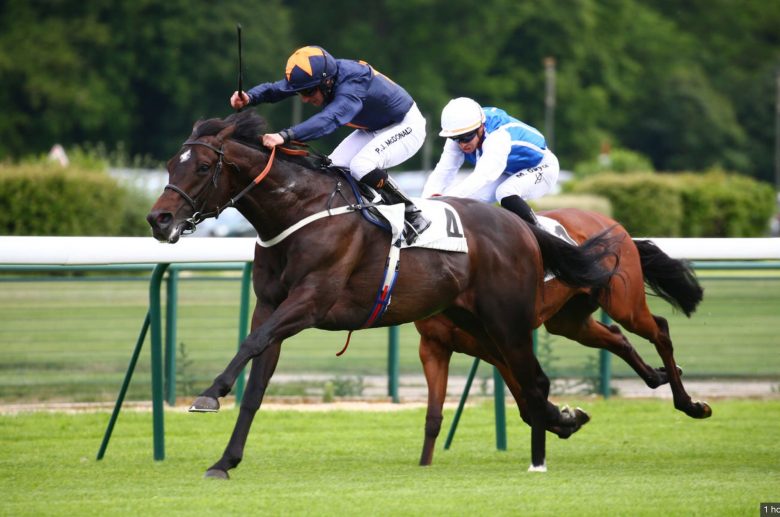 Hey Gaman, the Group 3 winning son of New Approach who finished a neck second in the French 2,000 Guineas, has retired from racing and will stand at Haras du Taillis.

Owned and bred by Sultan Ali from his Dubawi mare Arsaadi (which is the same Galileo – Dubawi cross as exciting new sire Night Of Thunder), this tough genuine colt showed consistent high-class form for three seasons.

The five-year-old will stand for a fee of just €2,250 at Haras du Taillis, which looks very competitively priced.  Hopefully his offspring will inherit his both ability and his attitude!

« TOP RANK PROVES SUPERIOR IN HAYDOCK GROUP 3!
FAR ABOVE TO STAND AT COMPAS STALLIONS IN IRELAND! »